This minivan was brought in because the power window passenger side was not working anymore. Apparently the window had recently been replaced due to a break-in, but for at least a week the owner was not sure if the power window had been used at all. 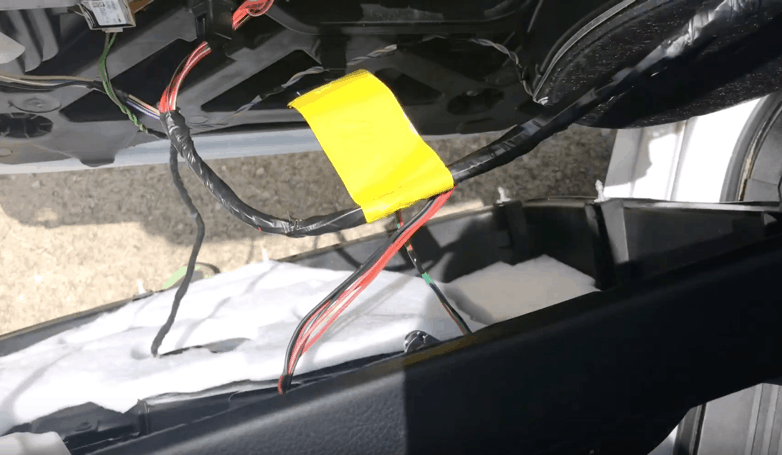 Normally this is a straight-up window regulator replacement, or the regulator mount brackets which hold the gearbox and tracks in place. However, if these were an issue you would hear some sort of mechanical misfire when using the power window button. On our service inspection we heard nothing from the one window. All other windows worked fine, so that ruled out fuses or power issues -at least from the source.

After disassembling the door panels, we discovered damaged wiring. It was difficult to see at first, because the wires were still attached – barely. They were likely damaged in from broken glass during the break-in or other debris as the window had a temporary plastic cover for more than a week we were told.

Regardless, repairing the automotive electrical wiring was the best scenario for this customer, since we did not have replace the window regulator which could run $175 to $250 in parts and labour.