Today we had a 2012 Ford Escape in the shop for an air conditioning issue, basically is was not working. This was only discovered because of the warm spring weather recently, so there was no way to know when the issue started, except for the customer saying it was working last year.

The 2008 to 2012 Ford Escapes were basically the same model for the 4 cylinder engine and body design. The 2013 model was a complete redesign, so the diagnostics for that model would not be relevant here. This car had 162,000 kms on it, and the body is in stellar shape. (The original owner gets Krown Rust Proofing every year and swears by it.) 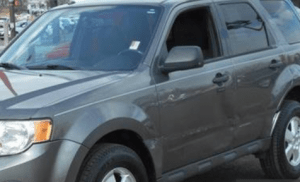 The Ford Escape has been no stranger to AC problems, particularly with housing, recharging and the compressor itself. In fact, this is a common problem in most American car models, so don’t feel bad if you have issues. This customer got off lucky as a simple refrigerant recharge did the trick. The pressure returned right away and cooled the cabin down quickly. As a precaution we did a visual check of the AC compressor, the hosing, and the entire fuse panel to rule out any electrical issues or physical leaks in the vehicle.

As the hot weather approaches you should have your AC checked, especially before a long trip. Not only will this likely wind up a significantly less costly service charge, it could help identify additional issues in your Ford Escape, or any other older model car you’re driving. We have AC and summer check service packages starting at $59.95. We’ll then give you a straight up recommendation if your car needs some attention. This might also be something to do if you are looking at selling your car or buying a used car from someone else. We’d be happy to give you a thumbs up or down recommendation.